What Makes Transformer A Device Of Next Generation? 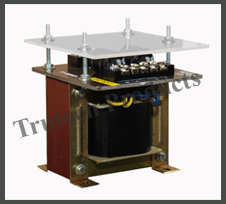 There are multiple devices that are getting visible to the world with each passing day and also, there are many products that are going outdated with the time. Transformers are one of the inventions which are said to be in trend till eternity. Now, the burning question is – Why transformers are considered to be a device of the next generation in this fast-moving world?

Trutech Products is one of the prestigious Transformer Manufacturers and suppliers who would like to answer this prominent query with thoughtful information and justified reasons.

Now, when you know that investment in this device would be fruitful for you in the next many years too, it would be a good idea to get your device delivered from us. The quality of the products we make won’t ever let you down. Talk to our executives over a phone call to grab more details.